The bond between a father and a daughter can often be described as unbreakable. If you’re a father who has a daughter, or even more than one, do you feel the same way? Spending time by doing things together has always proved to be the best thing you can do to strengthen your relationship with your daughter. If you’re still unsure how, why don’t you use this year Halloween’s celebration to create wonderful memories with your loved one? Below, find 15 Halloween costume ideas that aren’t just eye-candies, but require combined effort.

1. Pikachu costume
Pikachu and Ash is the best combination of the year, especially with the booming game launched this year. Show your “gotta catch ‘em all” spirit by dressing as Ash, but not without an adorable Pikachu on your back.

2. Apocalypse costume
This costume would take some time to build and wear, but it surely doesn’t disappoint. Dress your little girl in black, distressed clothes to add to the mysterious feel. Just make sure you don’t trip and fall!

3. Rapunzel costume
As much as we regret it, rocking this costume means you’ll have to be satisfied being a no-face tower supporting your baby girl. But, hey, who can resist this adorable mini Rapunzel?

4. Groot costume
Seeing Groot and baby Groot in the same scene is unfortunately impossible in the movie Guardian of the Galaxy. But, you can still do a perfect impersonation of the iconic characters, along with your daughter as a mini Groot in a pot.

5. Seeing double costume
This costume would surely make passerby do a double take…and end up seeing double dads. Create a perfect carbon copy of yourself in your daughter, by attaching your own face mask on her. Dress her in an exact same clothing to make sure she’s you to a T. 7. Mario and Peach costume
Think you’ll do great as Mario? Think again! Sometimes, daughters do have a clear idea of their Halloween costume, and you can’t help but follow suit. Complete with a red mushroom handbag, nothing tops Princess Peach as Mario’s companion.

8. Fashion icon costume
Be fashionable and memorable at the same time by channeling Karl Lagerfeld of Chanel. Doesn’t end there, though, as you can always bring your personal model around, your adorable baby girl rocking the runway look.

9. Ghostbusters costume
As 2016 Ghostbusters relive the Ghostbusters-wave, try this costume along with daughter for a memorable Halloween. Don’t forget to bring a green, bad monster around (it’s just a balloon, really).

10. Elsa costume
Having a big family? Can’t think of any new idea? Disney’s Frozen main character Elsa isn’t out of date yet, just to let you know. With little variations, dress the entire family in Elsa costume for a more impactful look. Don’t forget to flock together in parties!

11. Audrey Hepburn costume
Let your daughter takes the spotlight by dressing as her loyal bodyguard behind, as she experiences the fame of actress Audrey Hepburn. A father is any daughter’s best guard after all.

12. Princess costume
The classic dream of a daughter! Be your daughter’s first love by dressing up as the prince charming, no matter what princess she decides to become. Going to a ball has never been as sweet.

13. Red Riding Hood costume
The roles are, once again, can be quite out of order. If your girl can’t wait to be the evil wolf, as a dedicated father you are, you would have to be the adorable Red Riding Hood.

14. Star Wars costume
How can we leave Star Wars behind when it’s Halloween. Princess Leia is often a great idea for daughters, but if your little one is more thrilled at the thought of being Han Solo, sometimes you just have to be Princess Leia for the night. And if you insist on being Darth Vader, dressing your baby daughter as Princess Leia would do the trick… or maybe as Baby Vader? 15. Spider man costume
Your Spider Man costume is far from complete unless you carry around a genius enemy of his, Doctor Octopus. The metallic tentacles wouldn’t be easy to make, but you can rest assured your costume will be twice as cool.

Are you excited for this year’s Halloween? If you’re going to celebrate it with your daughter, make sure that you’ll create wonderful memories both of you wouldn’t be able to forget even after years.

Nail Ideas for the Spookiest Day of the Year – Halloween! 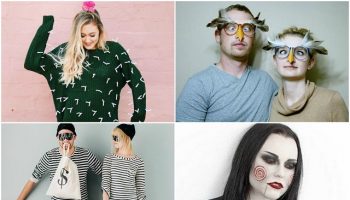 Get Ready for Halloween with These Last-Minute Costumes! 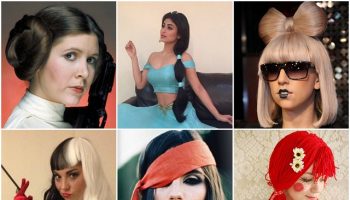 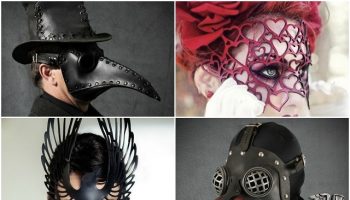 Best Halloween Masks You Can Pull Off This Year 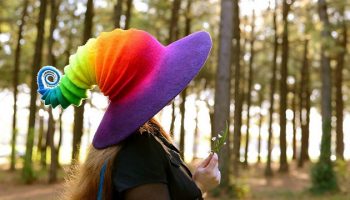 How to Be a Total Witch: The Must-Have Hat 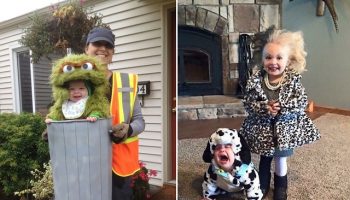 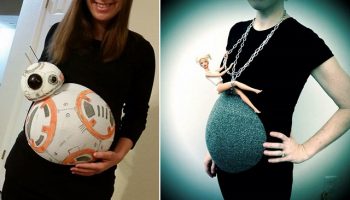 Pregnancy Halloween Costumes You Need to Try At Least Once